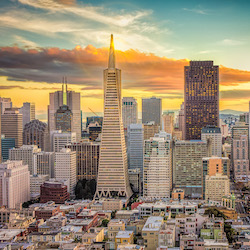 Each year Other Minds invites composers of differing nationalities, ages and styles to bring their music to the Festival and a prior four-day private residency in the South Bay hills, where they exchange music and ideas. “This year we are thrilled to welcome Louis Andriessen (Netherlands), I Wayan Balawan (Indonesia), Han Bennink (Netherlands), Kyle Gann (U.S.), Janice Giteck (U.S.), David A. Jaffe (U.S.), Jason Moran (U.S.), and Agata Zubel (Poland) – eight composers whose work we deeply admire and who, we expect, will have a great deal to say to one another and to our audiences,” reports Charles Amirkhanian, Executive and Artistic Director of Other Minds.